skip to main | skip to sidebar

All Decked Out - Snowman! 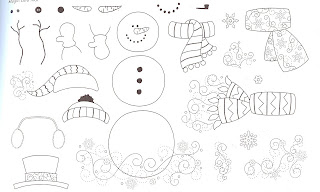 Here's the tag I made to tie to a candy cane for my coworkers: 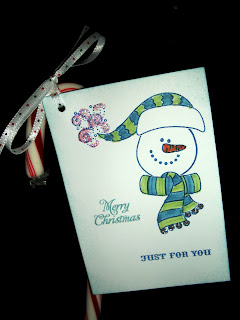 If I just stamped the pieces of this stamp set on a card, his face would look disjointed or weird, with the overlapping lines of the stamp images.  So instead of having a weird looking snowman, I used a technique called "Masking," so I could make it look like his scarf and hat were in front of his face.

According to "the Internet", "Masking" is "the technique of covering a stamped image so that other images may be placed partly over it without the overlapping area being visible. This technique will add depth and perspective to your art. It is a simple procedure, but it requires patience and careful cutting."

First I put the hat and scarf stamps on the same block.  (You'll have to make sure you leave enough room for the face.)  Looking back, I could even have put them a little closer together. 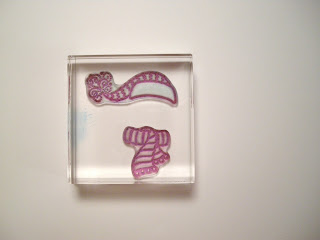 Then I stamped the hat and scarf on my piece of White Daisy card stock.  And again on two Post-It Notes.  I trimmed the Post-Its so that they would cover only the stamped images. 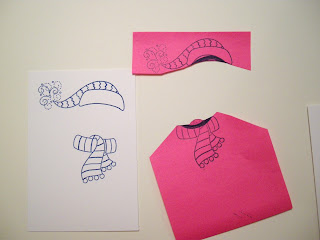 Next, I placed the Post-Its ON TOP of the stamped images on the White Daisy Card Stock 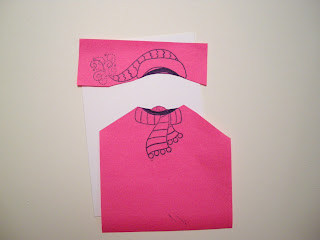 Then I stamped the face circle ON TOP of the Post-Its. 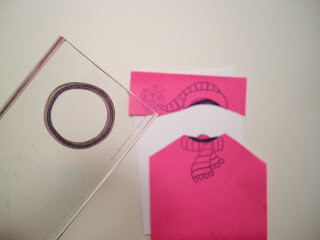 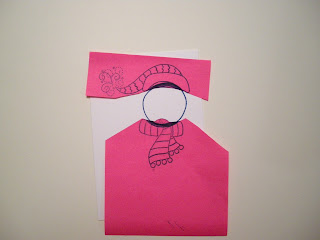 Then, when you lift off the Post-Its, it looks like this -- like his face is BEHIND the hat and scarf.  Pretty cool, huh! 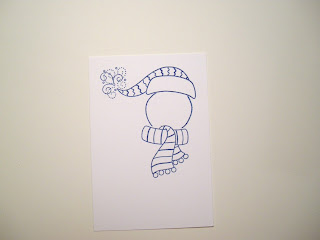 Then you can stamp his little face on him.  (There are several faces and face parts to choose from in this set.) 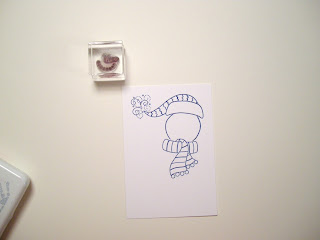 After coloring his scarf, hat and nose and sponging the edges, it's time for glitter!! 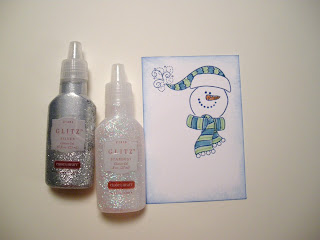 Oops, actually, I should have stamped the sentiments first before glittering.  I always glitter last.  Otherwise it can get messed up if it's still wet.  I used Stardust on the tassel. 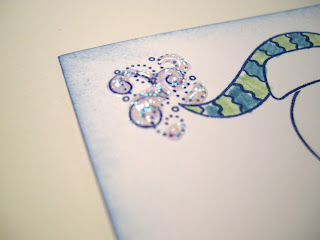 And Silver on the scarf.  I thought the glitter added a lot (doesn't it always?) 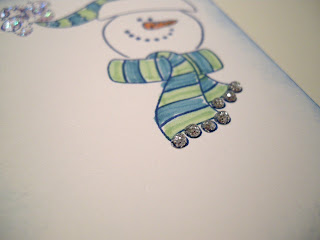 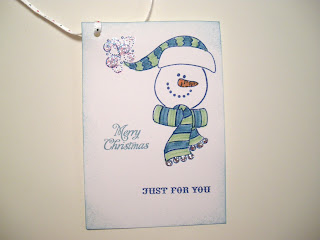 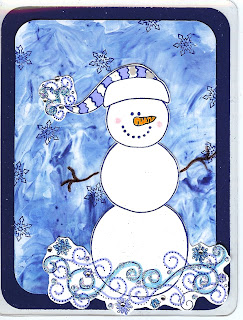 Last November, I also made this snowman card using this same stamp set, shaving cream, some blue reinkers and a clear card.  This card involved cutting the snowman out.

I know it's might be a little late for Christmas cards, but it's not too late for new years cards (well, maybe it's a little late for them, too)...snow/winter cards?? It's all good!  One year, one of my friends made a pop-up Groundhog Day (Feb. 2) card.  SO clever!  You can always get this stamp set for next year.  It will definitely be available through July, but I don't know about next fall...

BUT you can always use the Masking Technique for flowers, trees, anything you want to have "behind" something else.

Thanks for the masking technique - that is way cool!

I love this stamp!
Would love to include you on my 1 year blog-anniversary hop! It's snowman/men themed! Here is a link for more info:
http://scrapbookingsos.blogspot.com/2011/12/its-snowing-again.html 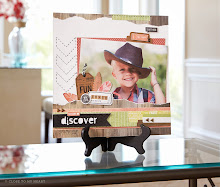 Want my blog posts sent directly to your In Box?

About Me & My Blog

Lisa Sargent
Hello! My name is Lisa Sargent, and I am a Close To My Heart consultant in Newcastle, Washington. Thanks for stopping by! --- My blog isn't too active now, since I went back to work full time. :) I still craft when I have time, and I periodically have free crafty-time at my house in Newcastle. If you want to check out the latest from Close To My Heart, you can shop online at (www.lisasargent.ctmh.com).There's tons of beautiful stuff there! --- My goal on the blog is/was to show you artwork, give you ideas on how to use your Close To My Heart supplies, and share with you how my art comes together. Making cards and scrapbooks makes at least 2 people happy - the one making them (that's me...or you!) and the recipient. I hope I can help you make someone happy today.

Some of My Favorite Websites